How To Use This Website The Care for Reactive dogs website describes a 3-phase plan, with each section building on the ones preceding. It is strongly recommended that, in order to achieve positive emotional and behavioral change, you follow the plan exactly. Start here and familiarize yourself with the terms and concepts below, then complete each of the 4 sections (C-A-R-E) in order in PrepCare, then TheCAREprotocol, and FollowupCARE . You will find suggestions for additional support materials in the Resources section.

Reinforcement: The application or removal of something to increase the occurrence of a behavior

Punishment: The application or removal of something to decrease the occurrence of a behavior

Reinforcer: something the dog is motivated to acquire (used in R+ and P-)

Aversive: Something the dog is motivated to avoid (used in P+ and R-)

Positive Reinforcement (R+): when a consequence is added which causes behavior to increase. For example, reinforcing with a treat for walking by your side. Heeling increases.

Negative Reinforcement (R-): When an aversive that is already present is removed, which causes behavior to increase. In Negative Reinforcement the dog is either trying to escape or avoid. For example, the dog walks by the handler’s side in order to avoid a harsh leash correction on a prong collar, or to escape a continual shock from a shock collar until he moves back into position. Heeling increases.

Positive Punishment (P+): when an aversive is added during or right after a behavior, which causes behavior to decrease. For example, a dog is barking and growling at a stranger, and handler grabs dog by the scruff and shakes him. Barking decreases.

Negative Punishment (P-): when a rewarding thing is removed which cause a behavior to decrease. For example, the dog is pulling on leash and the handler stops and stands still until the dog stops pulling. The forward motion the dog enjoyed was removed. Pulling decreases.

If behavior increases, it’s Reinforcement; if behavior decreases, it’s Punishment. The positive and negative modifiers indicate whether something was added or taken away.

CC-Counterconditioning – (yes this is also abbreviated CC) the replacement of an undesirable or maladaptive response to a stimulus with a more desirable response, by means of conditioning procedures 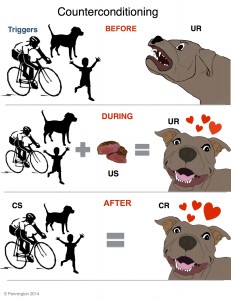 DS- Desensitization is a technique very often paired with counterconditioning, in which the subject is kept below threshold and exposed to fears in an increasing hierarchy of intensity

Threshold– The threshold for DS/CC is the point at which your dog is fine, and can calmly take treats while noticing the trigger 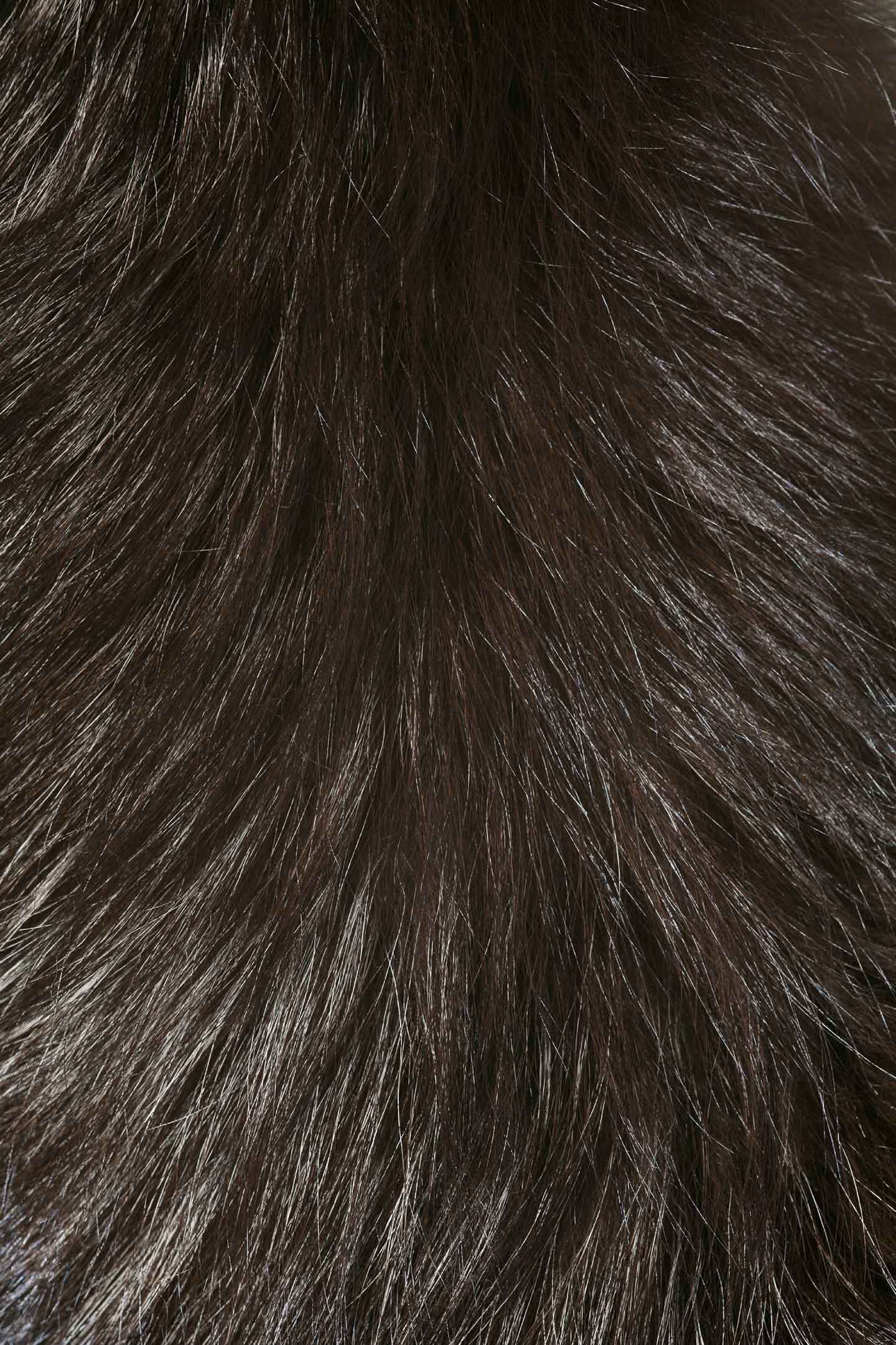